So after not much persuasion, I embarked recently on a new quest. Making marmalade. I have always enjoyed the bitter sweet taste of good marmalade. Not the cheap supermarket versions, I am a sucker for farmers markets and home made produce. I always thought marmalade would be beyond my “talents”, but it is surprisingly simple. Though I do now realise, success in marmalade is in the preparation, and there is a lot of preparation.

I took to the Muddy Kitchen Floor kitchen with my large pot, a huge amount of Seville oranges, a few lemons, and my iBook “First Preserves – Marmalade” by Vivian Lloyd. (Download it. It’s great). 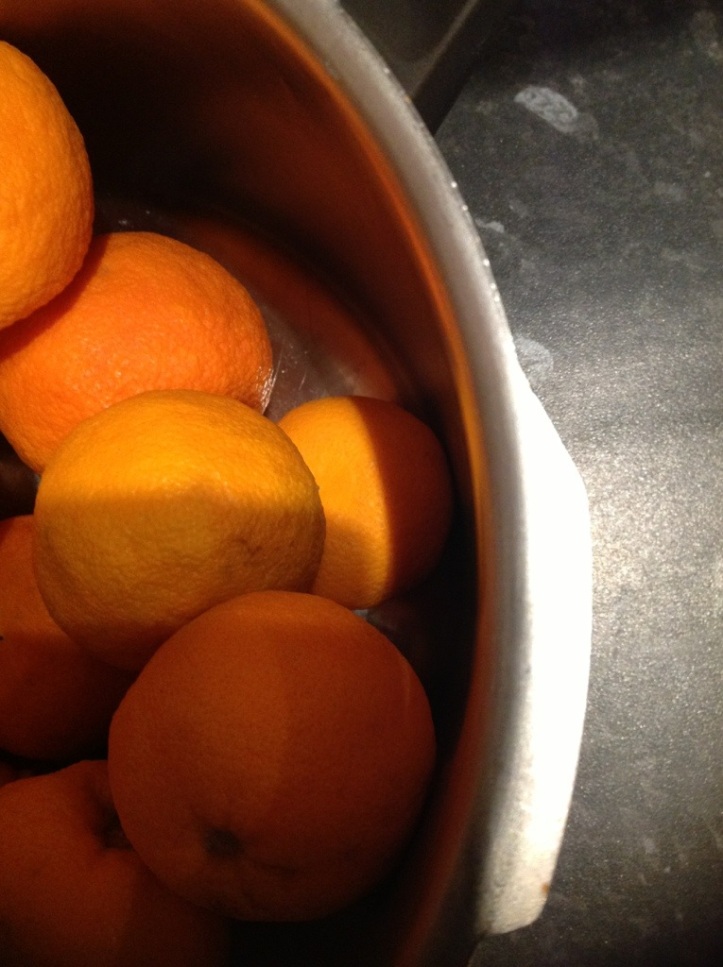 After much juicing and slicing of the peel, which I found very soothing and almost mediative, it was time to soak the peel overnight. 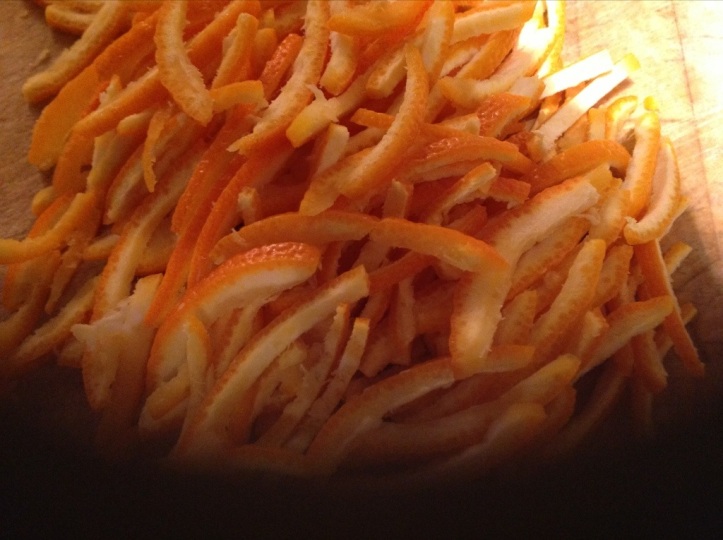 The following day, I strained the muslin, added the sugar and set about getting a rolling boil. For those who have said a watched pot never boils have obviously never made marmalade, nor witnessed the wonder and beauty of watching a pan full of juice, water, sugar and peel come to the boil. For those of you wondering what I am blabbing about, take a look at my twitter feed

Well, after roughly 10 minutes of boiling, and enormous dexterity of filling jars, I had my first batch of marmalade. I don’t think the peel was very evenly distributed, but it tasted bitter sweet, and is perfect on thick white toast with lots of melting salted butter.

My only sadness is I can’t share this with my nan, who loved marmalade on toast and would have loved getting in a sticky mess and demanding a wet cloth to wipe her hands. So nan, this first batch of Muddy Kitchen Floor Seville Orange Marmalade 2013 is dedicated to you.

What are you looking for?

Keep up to date by following us on Twitter

You are foodie visitor